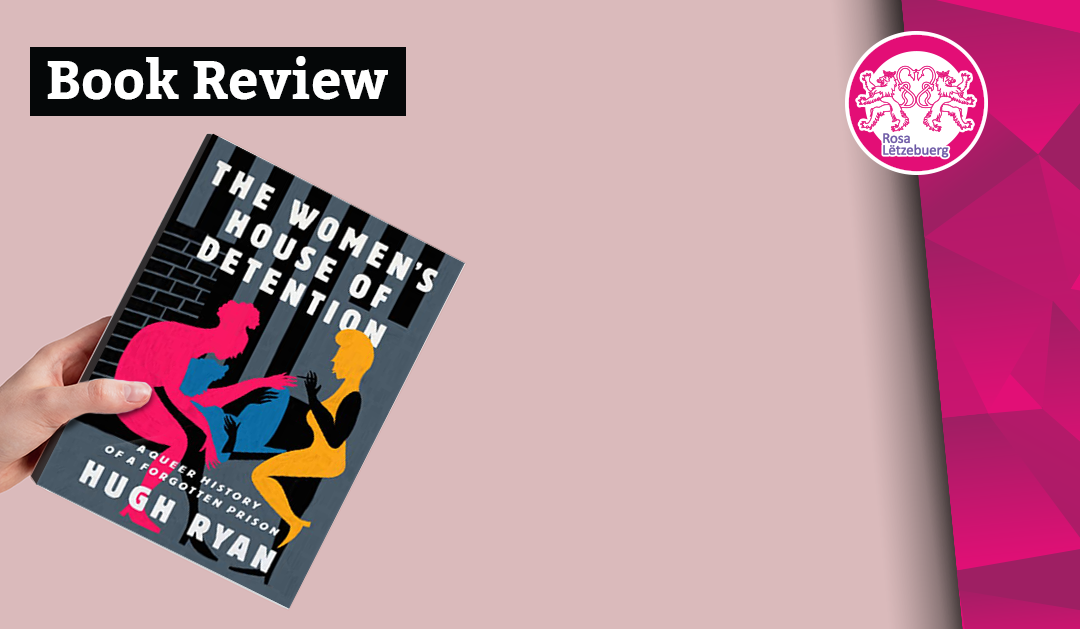 The Women’s House of Detention

Why do we tell stories?

Why do we read stories, especially when it comes to non-fictional ones?

What is it so fascinating about common people when compared to cyberpunk heroes, post-apocalyptic warriors, and enchanting sorceresses?

After all, if I wanted to know something about an average folk, I could just take a long look in the mirror.

Well not quite, because there are some “average” non-fictional stories that have nothing average about them and that should be told, read, repeated, heard and known so that we do not forget about them and so that we can honour the “average” people that lived through them and “The Women’s House of Detention – A Queer History of a Forgotten Prison” by Hugh Ryan does exactly this and it is a true gift to the queer community.

The book, as mentioned on its first page, “is dedicated to the memory of the forgotten” and it is a remarkable analysis of how a women’s prison, the Women’s House of Detention or the House of D., shaped the entire Greenwich Village in New York City, from its inauguration day in 1932 until it was shut down in 1971, and how racism, classism, homophobia and transphobia played a fundamental role in shaping the policies used in such institution and the effects on its inmates.

Referring to the various files kept by the social workers at the House of D. and other official documents, Hugh Ryan narrates the stories of all the women, trans masculine people and gender non-conforming individuals that passed through the House of D. and the reasons behind their incarceration (spoiler alert: nothing to do with major crimes and all to do with how these human beings decided to live their lives).

Indeed, since its preparatory works, the House of D. was used as a container for outliers, for people that were not fitting into the rigid boxes that society tried to squeeze them in and it was used to maintain and propagate the idea of “proper” femininity; in other words, if you were a woman or if you were assigned female at birth and if you were not looking and acting like a “proper” woman, and if you also happened to be Black, Brown, Latinx, poor, mentally ill or a combination of the above, chances of ending up in the House of D. were pretty high.

As it happened to those individuals who, in the 1930s, did not fit in the binary scheme of either wife or maid and were incarcerated for waywardism, for running away from home (without being asked what they were running away from) or for being out at night without a man (a circumstance that at the time was believed to be a sign of prostitution); as it happened to those Black or Brown individuals who were arrested for minor drug related crimes in the 1950s, incarcerated for periods of time definitely longer than their male counterparties and labelled as psychopath as soon as they started showing any sign of intolerance towards the legal system.

Not to mention the number of people that entered the House of D. during the McCarthy era because they were “guilty” of being either gay or communist, as shown by the case of a young girl that was arrested on obscenity charges because she was dating a married woman and somehow, the police apprehended the love letters exchanged between the two.

Together with the lives of the House of D.’s inmates, the author also explores the intersection between Black and gay liberation movements, highlighting how the two influenced each other as shown by the experience of Afeni Shakur, a prominent leader of the Black Panther, who ended up in the House of D. under the accusation of allegedly planning several violent attacks even though the charges were later dismiss for lack of evidence; during her time in the House of D., Afeni came in contact with inmates from the Gay Liberation Movement and started to understand their oppression, their anger and their strength and later on, even helped the movement to better formulate its demand.

Afeni Shakur was also in the House of D. during one of the most pivotal event of queer history, as she was still incarcerated on 28th June 1969 and that night, a group of inmates, mostly Black and Brown ones, were holding a protest inside the prison while on the other side of the street, the first night of the Stonewall Riots was happening; according to testimonies, the inmates were setting on fire the few things that they were allowed to possess and they were chanting “Gay power! Gay power”.

And it is fundamental to know and to remember this, because too often the Stonewall Riots have been narrated as a series of protests led by white gay men, when in reality the crowd that made those riots possible was made of people of all ethnicities, of all sexualities, of all gender identities, of all classes, both free and behind bars, all coming together to fight for the fundamental right of being who you are without fear of oppression and persecution.

While the book naturally focuses on the struggles faced by the House of D.’s inmates, there is also space for queer joy, for comraderies and community, for immense pride and for that stoic confidence that derives from knowing oneself.

Indeed, already in the early 1950s, some people inside the House of D. were the living embodiment of self-acceptance and queer liberation and they were paving the way to the modern LGBTIQIA+ organisations. Those people were few, sometimes scattered, for sure marginalized, specks of pride, that dared not only to dream but to live in a different way, an authentic one. Again, also here the author stresses the intersection between Black and queer activism, that can be better understood and contextualised in terms of “freedom dreams”, the Black activist tradition that call us to see the harsh reality and injustice but also reminds us that we are capable of changing those conditions.
And so again, why do we tell stories?

Why do we read stories, especially when it comes to non-fictional ones?

We tell them and we read them so that hopefully those that will come after us won’t have to face the same struggles and will be able to dream freely.

Giulia arrived in Luxembourg in 2016 and has been working in the finance sector as legal counsel since then. They are currently transitioning towards a more socially oriented field and they are very interested in queer history, civil rights and in learning and developing strategies to improve the well-being of our community. 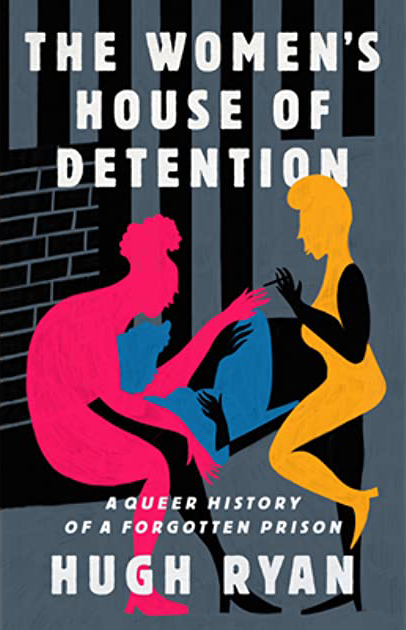 Librairie Ernster
Amazon
We use cookies on our website to give you the most relevant experience by remembering your preferences and repeat visits. By clicking “Accept”, you consent to the use of ALL the cookies.
Cookie settingsACCEPT
Manage consent