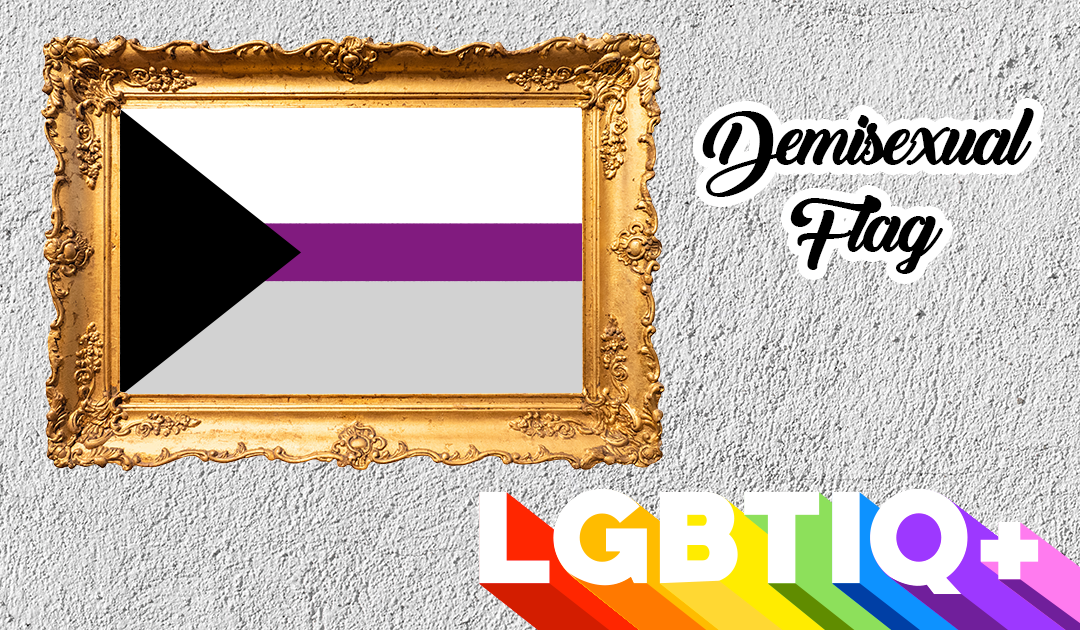 The demisexual pride flag is an adaptation of the asexual flag, tailored specifically for demisexual people. The flag contains a black triangle on the left pointing inward toward the center with three horizontal stripes that are white, purple, and gray. The black triangle symbolizes the wider asexual community, as black represents a lack of sexual attraction; the white stripe symbolizes sexuality; the purple stripe represents community; and the gray stripe represents the wider gray-asexual community, which demisexuality falls under. 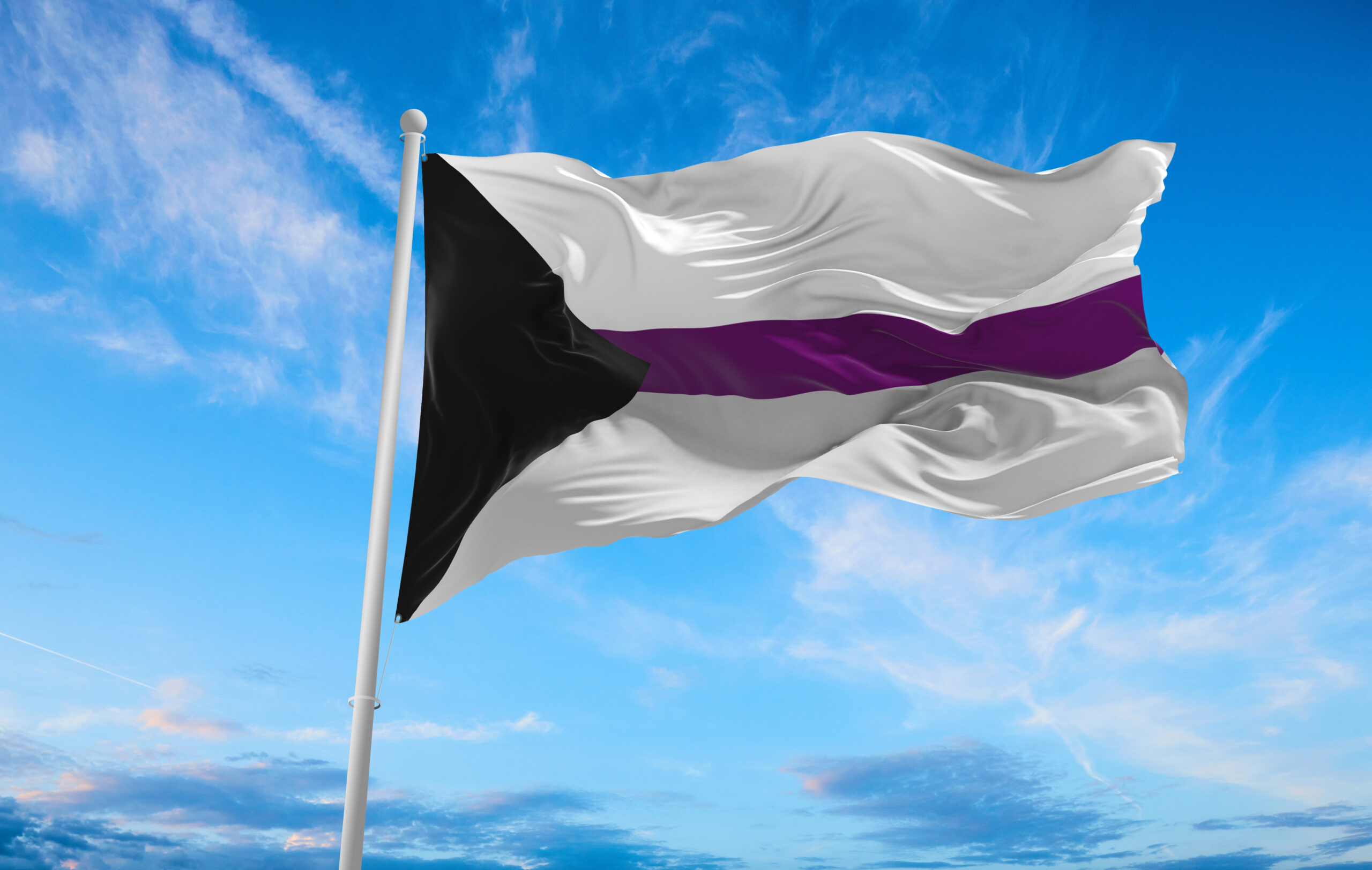