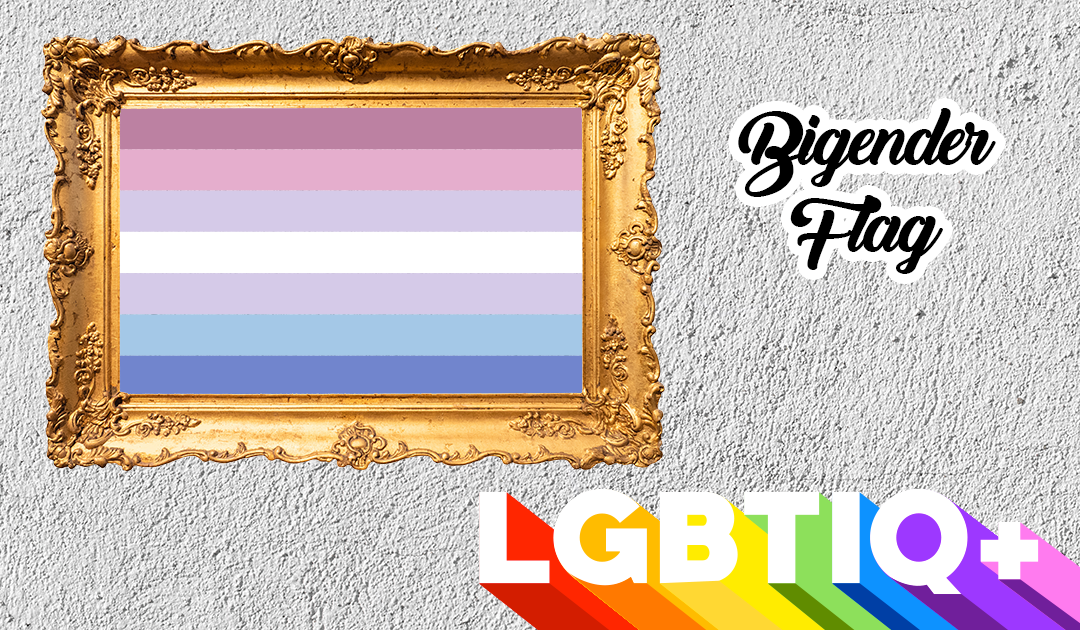 Bigender is a gender identity where a person has or experiences two genders. The genders can be any combination of two genders, and these genders can be binary (“man” or “woman”) or non-binary. They can be experienced simultaneously or alternately, and they are not necessarily experienced the same way or in the same way. For example, a bigender person can be both a woman and a man, agender and neutrois, or non-binary and a woman. Bigender is an identity that falls under the term transgender.

The most famous bigender flag was created by Tumblr user no-bucks-for-this-doe. The flag consists of two different pink stripes, a deep pink followed by the traditional representation of pink. This is followed by a lilac stripe, a white stripe and another lilac stripe. The last two stripes are baby blue, followed by a deep blue. The exact meanings of each colour were not determined at the time of minting, but some guesses have been made. One theory is that the pink stripes stand for femininity, blue for masculinity, purple for a combination of masculine and feminine or androgyny, and the white stripe in the middle for non-binary.

The pink/blue stripes represent the presentation and feeling of your identity (female, male, androgynous, whatever suits you).
The top purple stripe represents all kinds of good relationships.
The white represents your unique Bigender experience, how it feels and how it is. It is also about understanding each other in this community!
The lower purple stands for self-respect, pride and staying true to yourself. 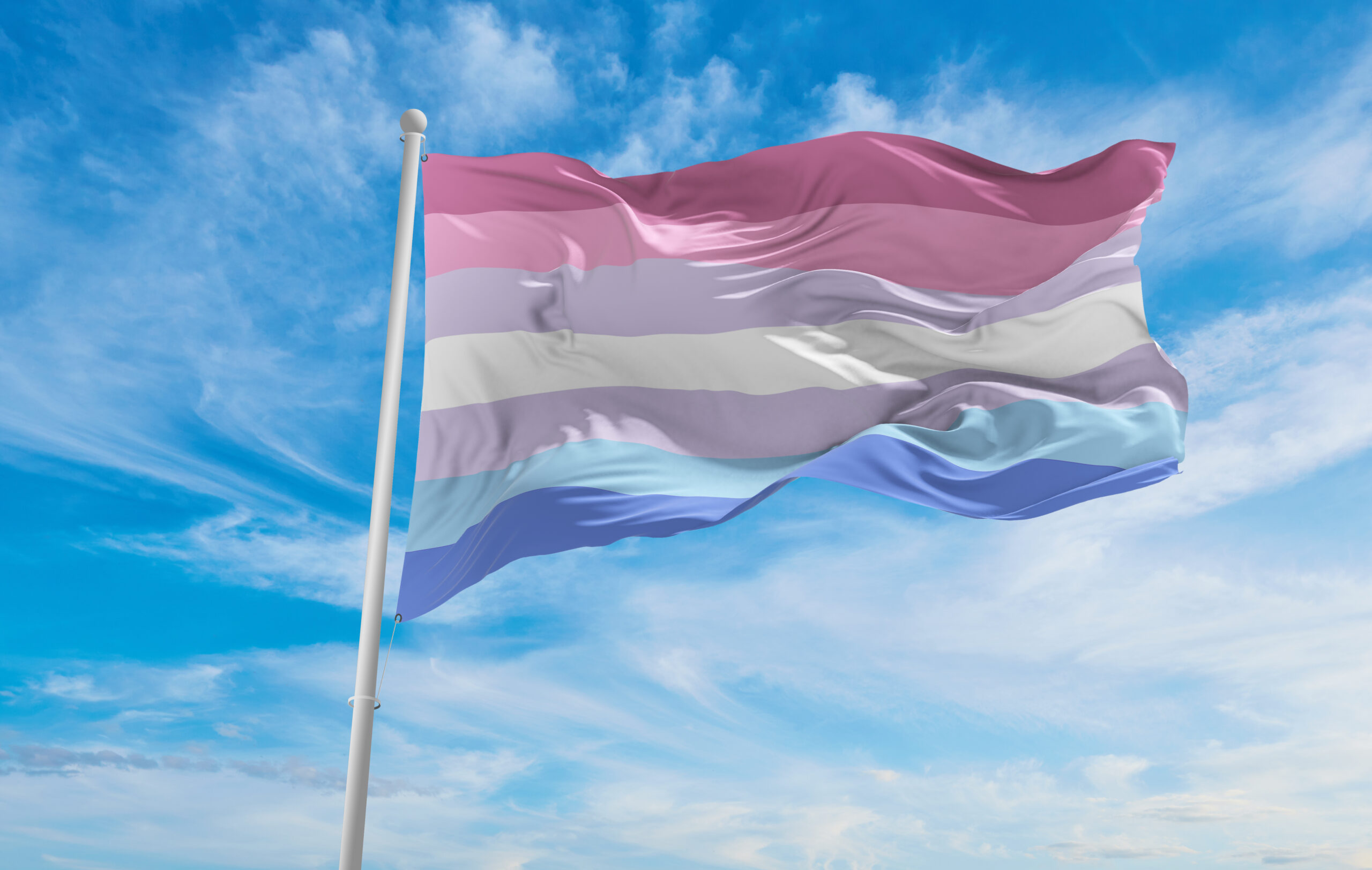 Pink & blue = sense of your identity (female, male, androgynous, …)
Purple above = all kinds of good relations
White = your unique Bigender experience
Purple below = Self-respect and -fidelity