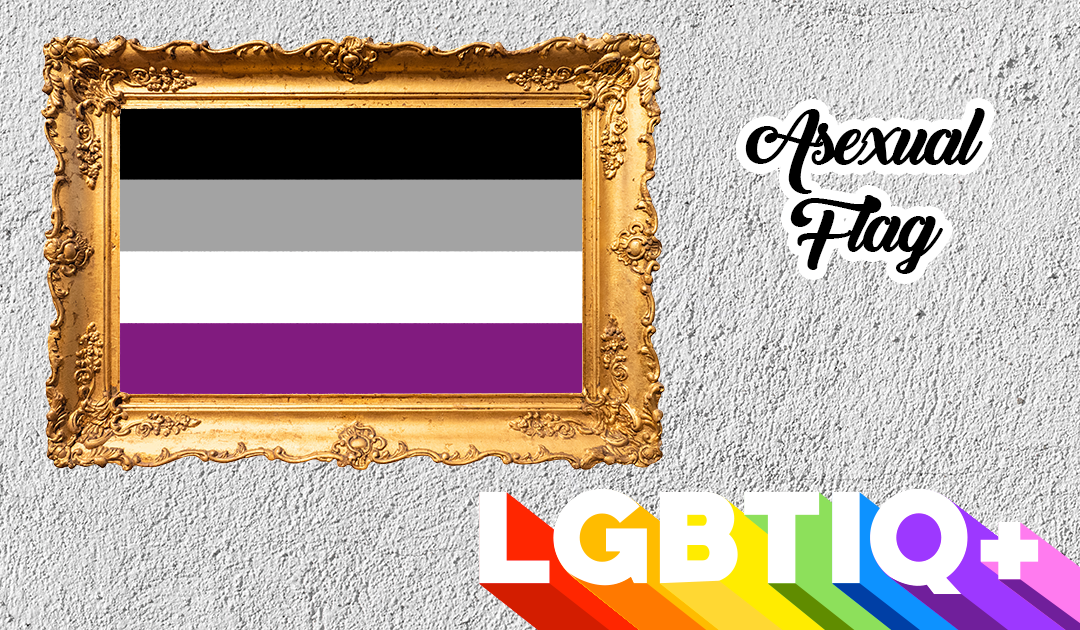 The asexual Pride flag was formalised in 2010 after an online vote by members of various asexual communities.

Meaning of the colours:

Black stands for asexuality
White stands for allosexuality (presence of sexual attraction)
Grey stands for the grey aces in the asexual spectrum
Purple represents the community, as the AVEN (Asexual Visibility and Education Network) website had a purple colour scheme 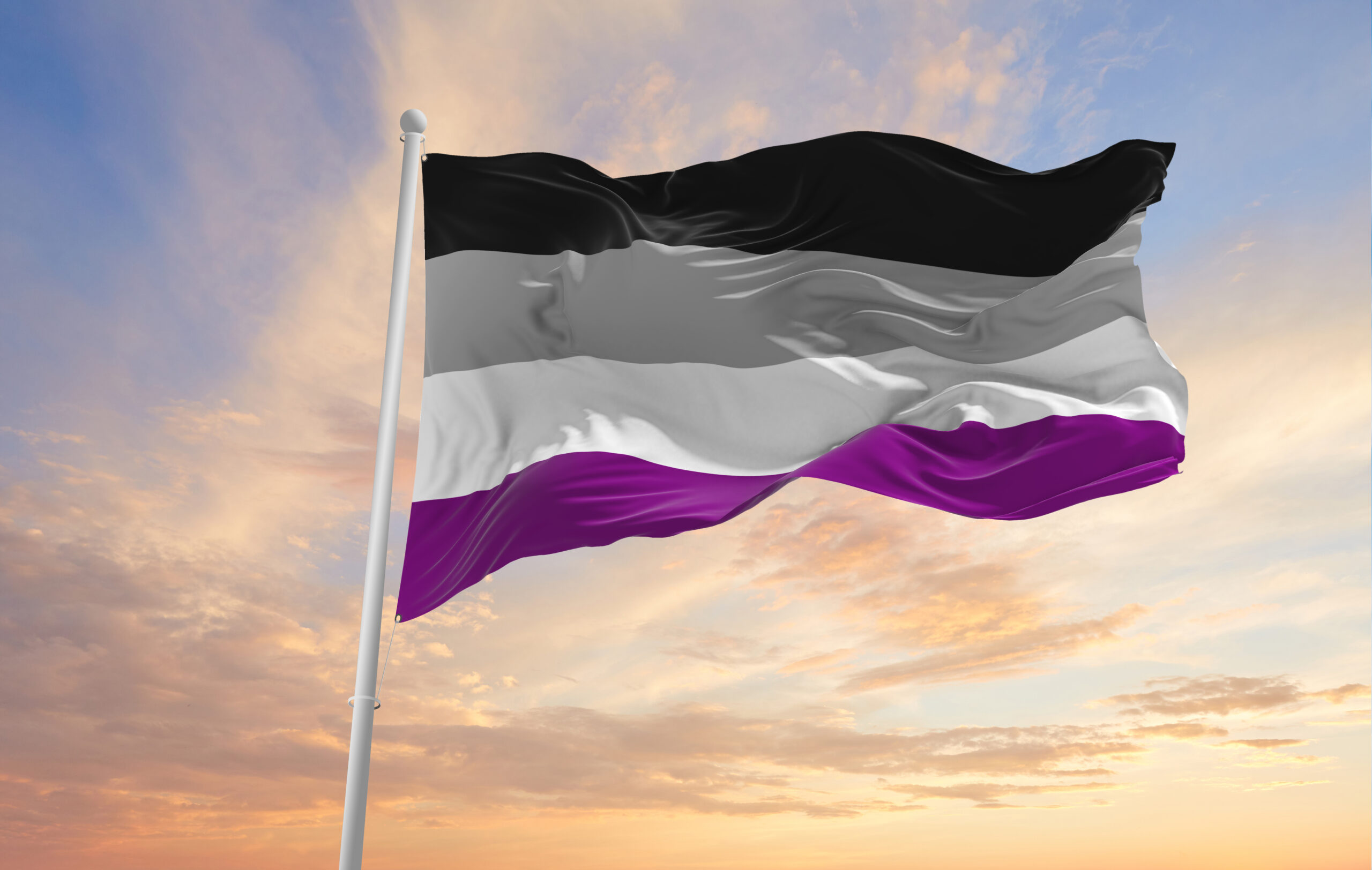