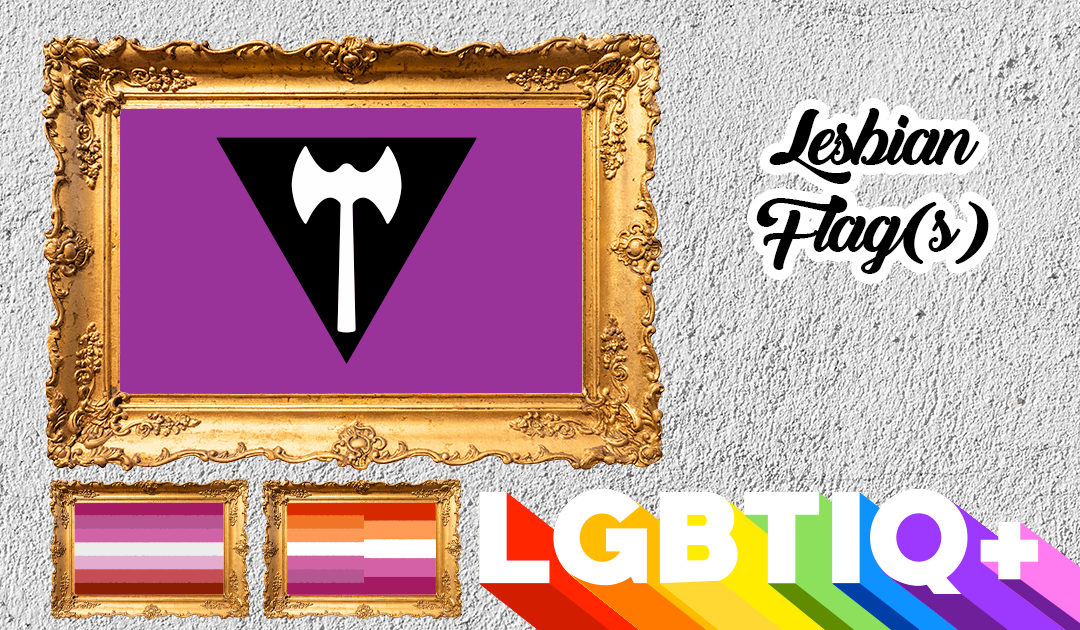 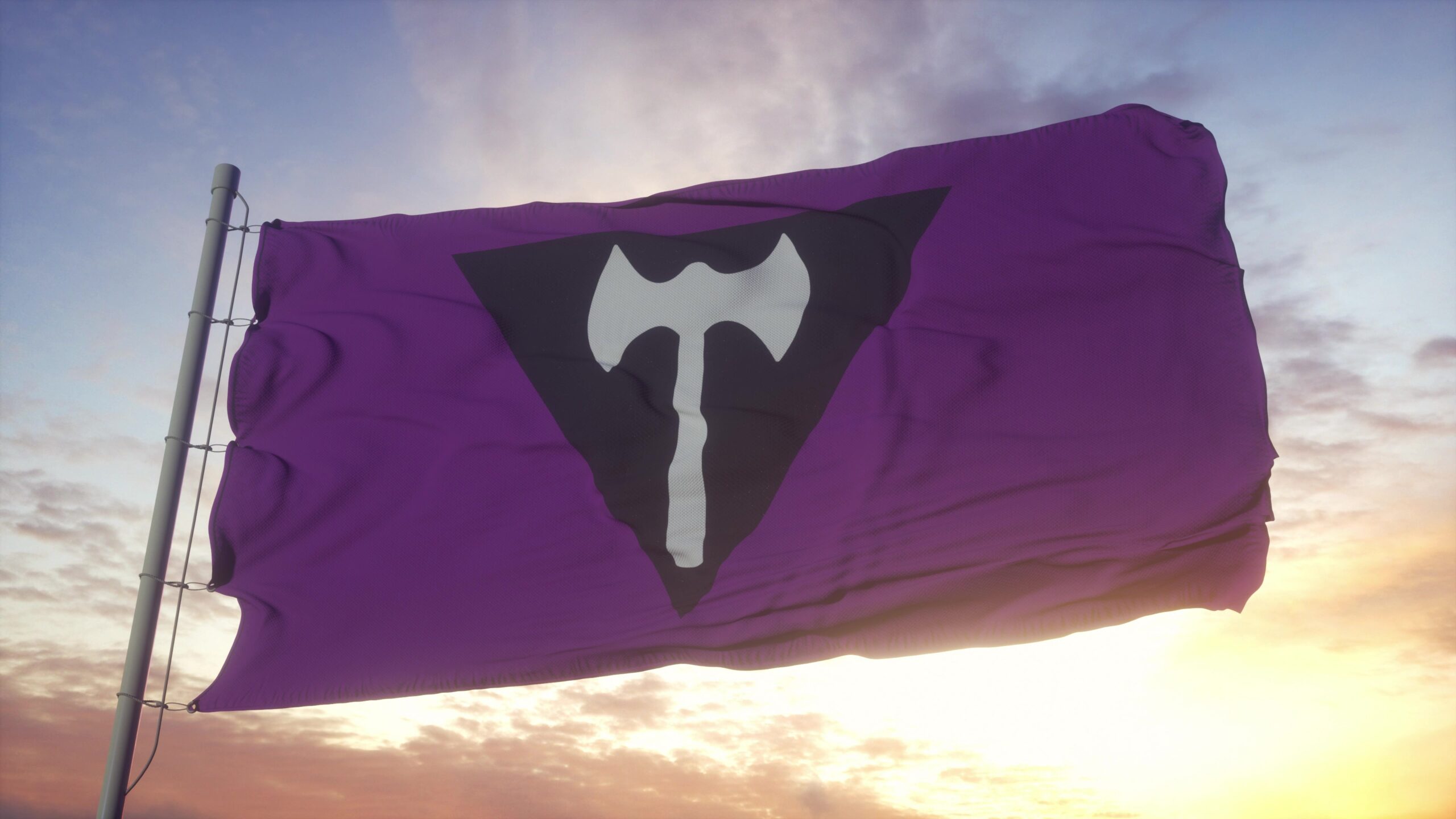 The Labrys lesbian flag was designed by Sean Campbell in 1999 and published in the Gay and Lesbian Times Pride issue in 2000. The Labrys (double-headed axe) was adopted by lesbian feminists in 1970 as a symbol of empowerment. The black triangle is meant to recall the markings that female homosexuals had to wear in the concentration camps of the Third Reich to identify themselves. Homosexual men had to wear a pink triangle. Lesbians were also put in concentration camps because they did not conform to the ideal image of the woman of that time. 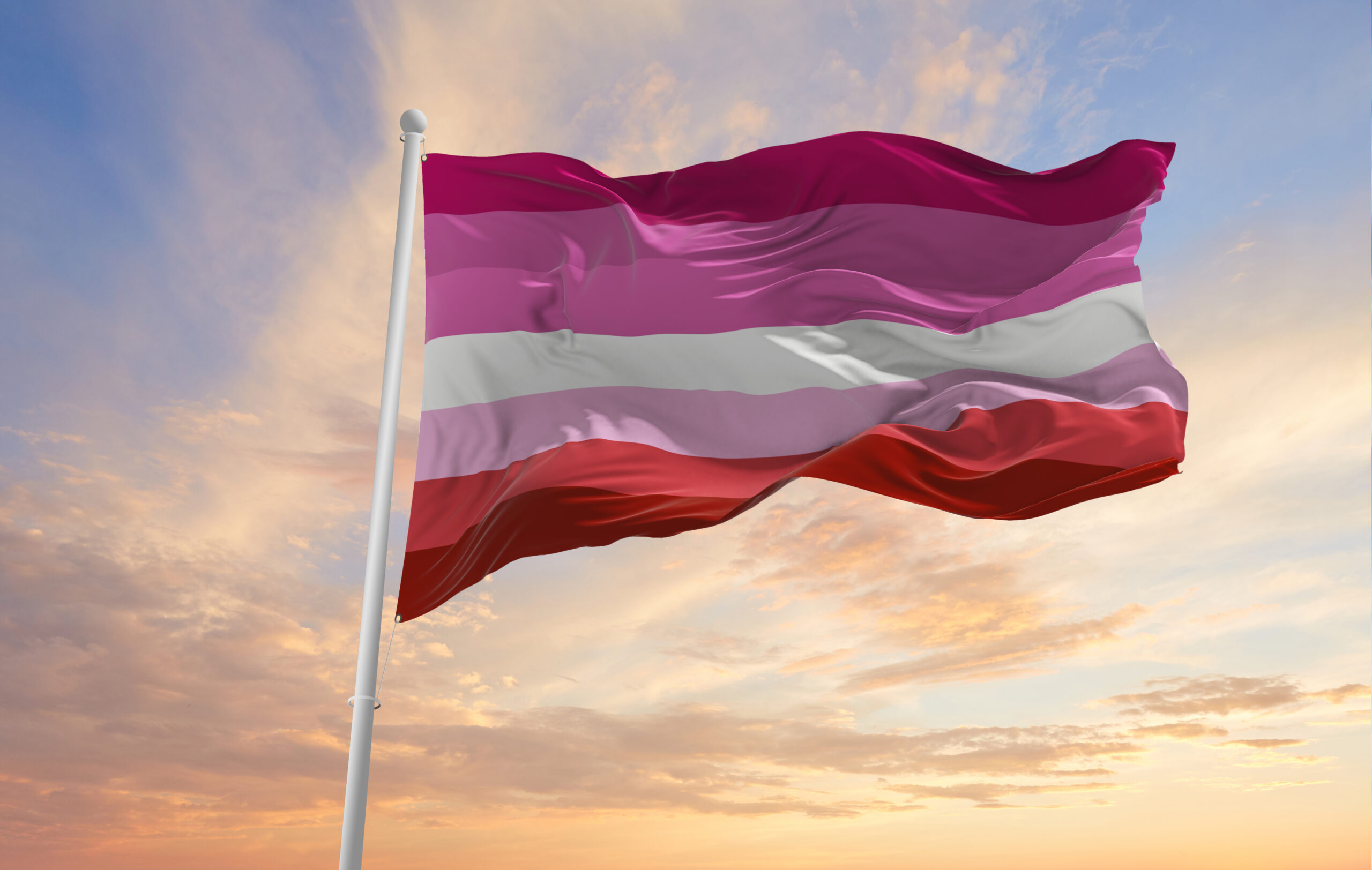 The pink lesbian pride flag dates back to 2010 and stands for homosexual women who show a more “feminine” appearance (e.g. by wearing make-up, dresses, etc.). They are called femme (French for woman). The various shades of red, pink and rose represent colours traditionally associated with women.

This lesbian flag was redesigned in 2018 on Twitter and Tumblr by Emily Gwen, as the original flag with the pink stripes was associated with trans and butch hostility. This new flag is explicitly meant to be inclusive of all lesbians, including trans lesbians, non-binary lesbians and lesbians who don’t use she/her pronouns. The stripes stand for, from top to bottom: Gender Nonconformity, Independence, Community, Special Relationship to Femininity, Clarity and Peace, Love and Sex, and Femininity.

The flag with five stripes is a simplified version of the one with seven stripes, but the meaning is the same.