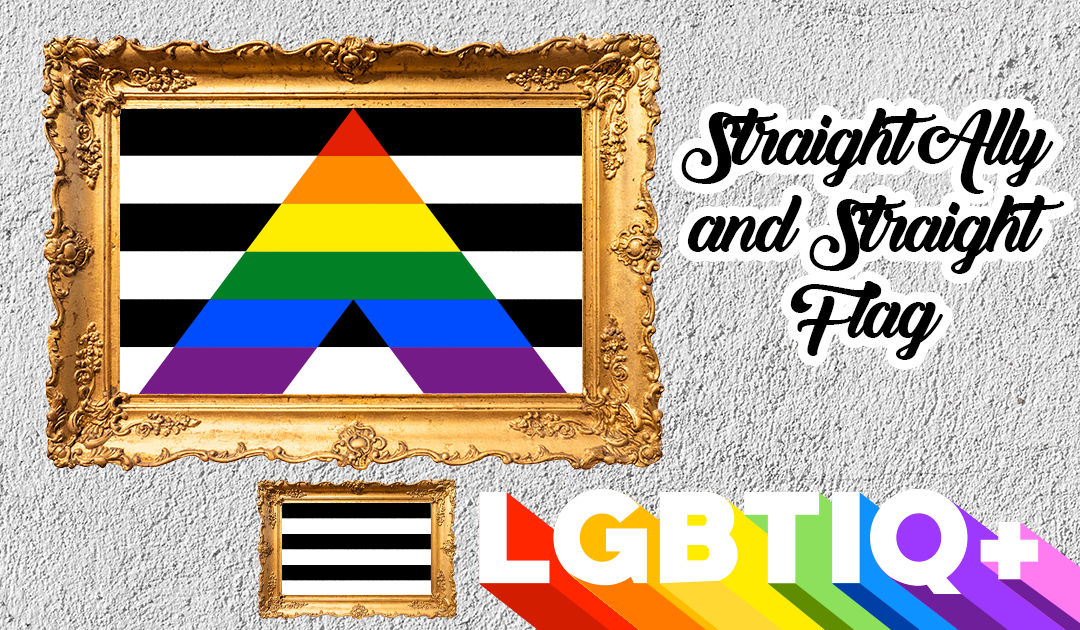 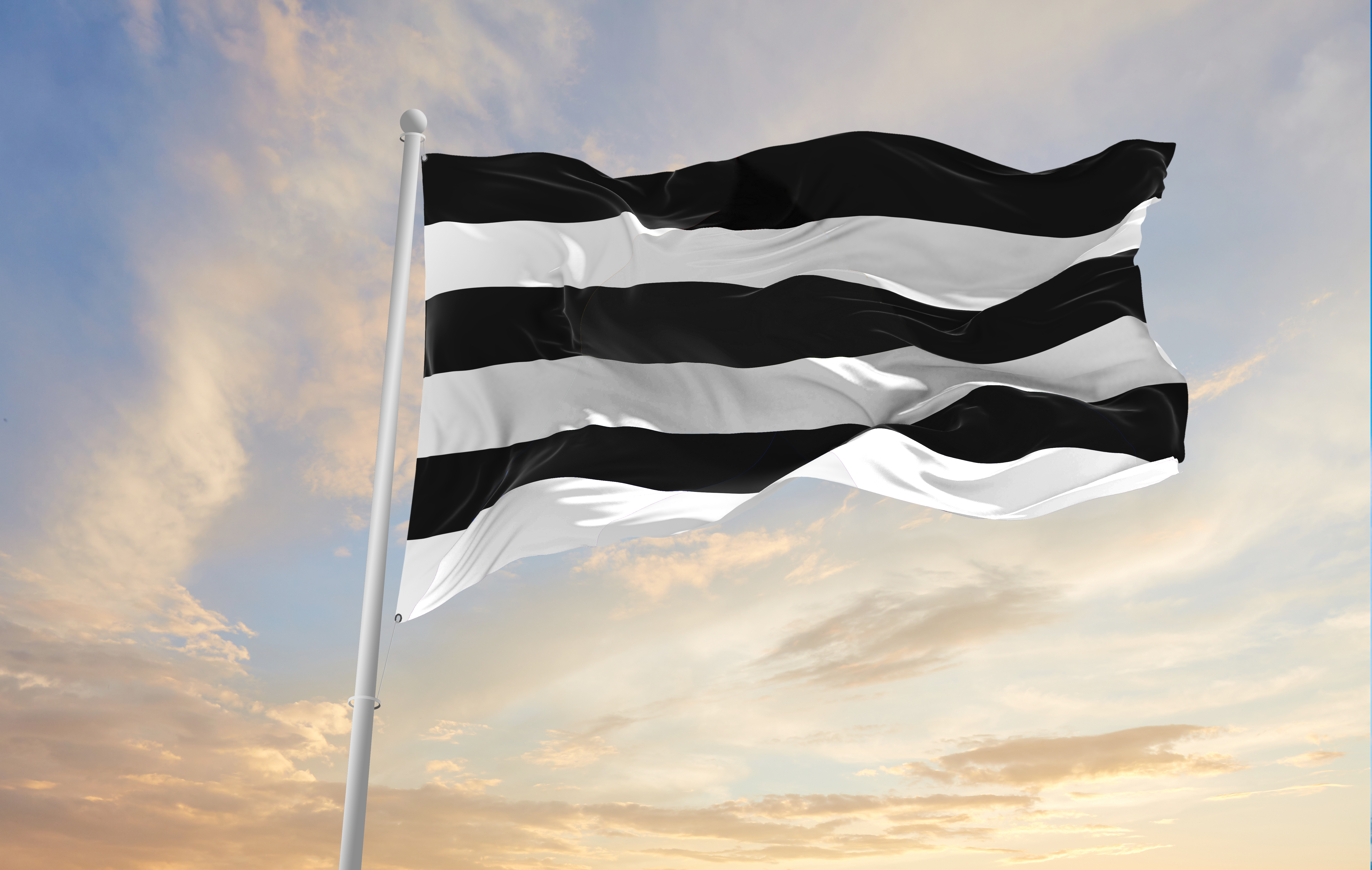 A straight flag or heterosexual flag is a Pride flag that is meant to represent heterosexuality.

A flag that consists of alternating black and white stripes and has a similar design to the LGBTIQ rainbow flag was created to represent heterosexual Pride. There are several variants of this flag. One uses the colours white, grey and black, which is also similar to the rainbow flag and was created in the early 2000s. There is also a variant known as the “Straight Ally” flag, which represents heterosexual people who support the LGBTIQ community. (see below)

Unfortunately, there are no sources to prove why the colours black and white were used, but it is said that it was built in these colours in protest against the rainbow. 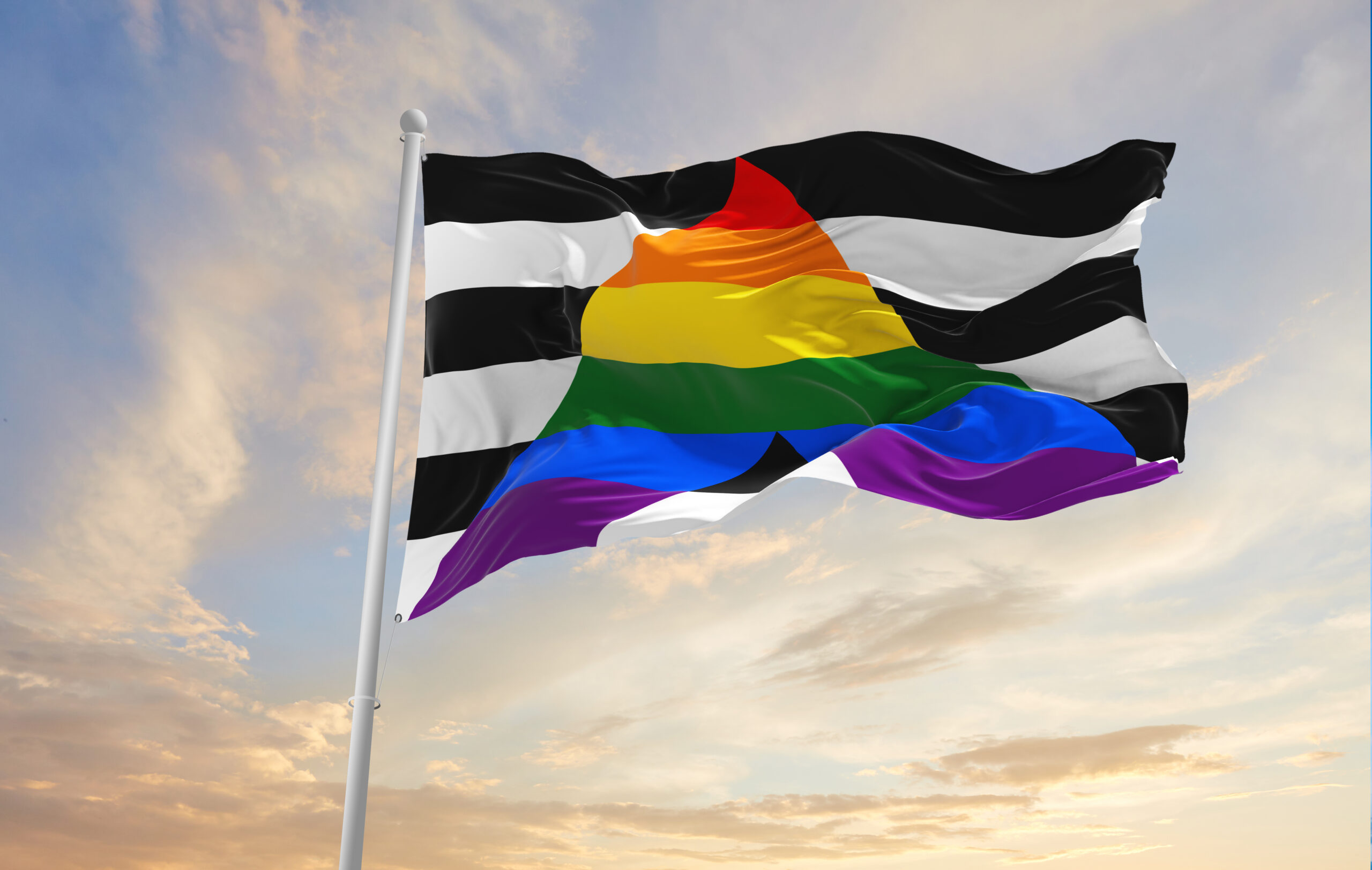 In the United States, people began to call themselves Straight Allies in the 1970s. There are several organisations of relatives and friends of LGBTIQ people who consider themselves Straight Allies and actively participate in demonstrations in favour of sexual minorities. They also promote inclusive sexuality education that includes issues of physical and mental health for gay, lesbian, bisexual and trans people. Through activism, they work for greater social tolerance and acceptance of homosexuality in the social and political life of a particular country or region.

The Straight Ally flag represents unity and support for the LGBTIQ community.

Here is what the Straight Ally Flag means:

The letter “A” stands for Ally.

The black and white stripes represent the straight flag.

The rainbow colours in the letter “A” stand for the LGBTIQ community.

Furthermore, the fact that there is a flag for heterosexuals does not mean that displaying the flag is a requirement for supporting the LGBTIQ community. As a true ally, you will express your support in many different ways.

Black + White = Protest
A = Ally
Rainbow in A = LGBTIQ community