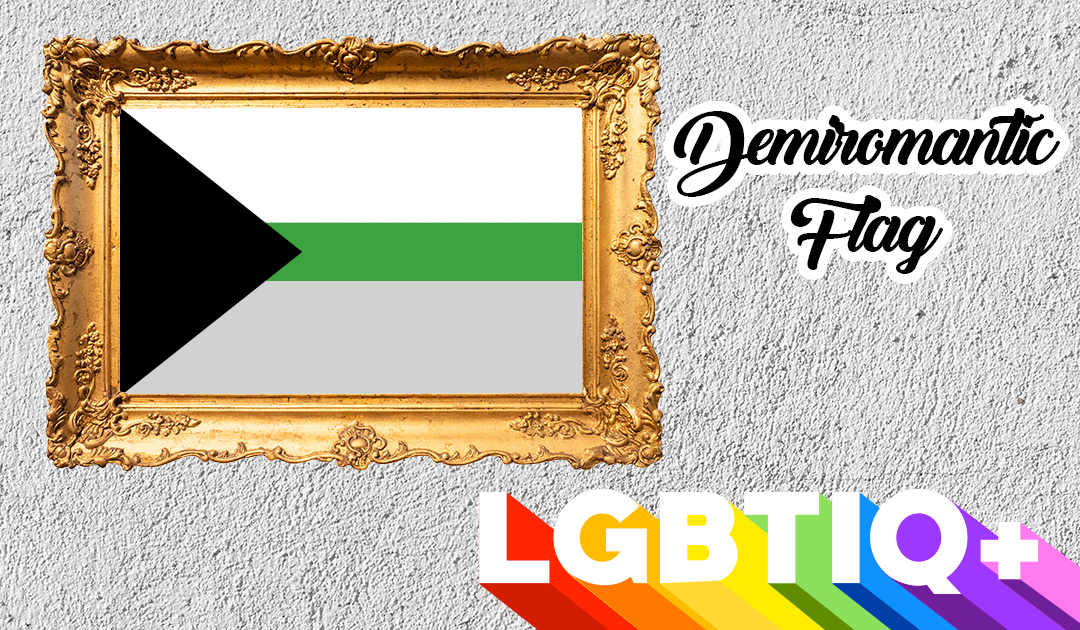 Demiromantic describes people who do not experience romantic attraction until they have formed a deep emotional connection with someone, according to the most common definition. Other definitions of this romantic orientation are only experiencing limited romantic attraction, or falling somewhere on a spectrum between aromantic and romantic; the latter definition overlaps with one for grayromantic.

The origins of the flag are unknown, but those within the demiromantic community speculate that it is based off the aromantic flag and AVEN logo. While people often have different takes on the significance for each of the colors used, possible interpretations could be the following:

Black: The sexuality spectrum as a whole
Gray: Grayaromanticism and demiromanticism
White: Platonic and aesthetic attraction, queer/quasi platonic relationships, or being outside the straight-gay and male-female binaries
Green: Demiromanticism, or the aromantic spectrum 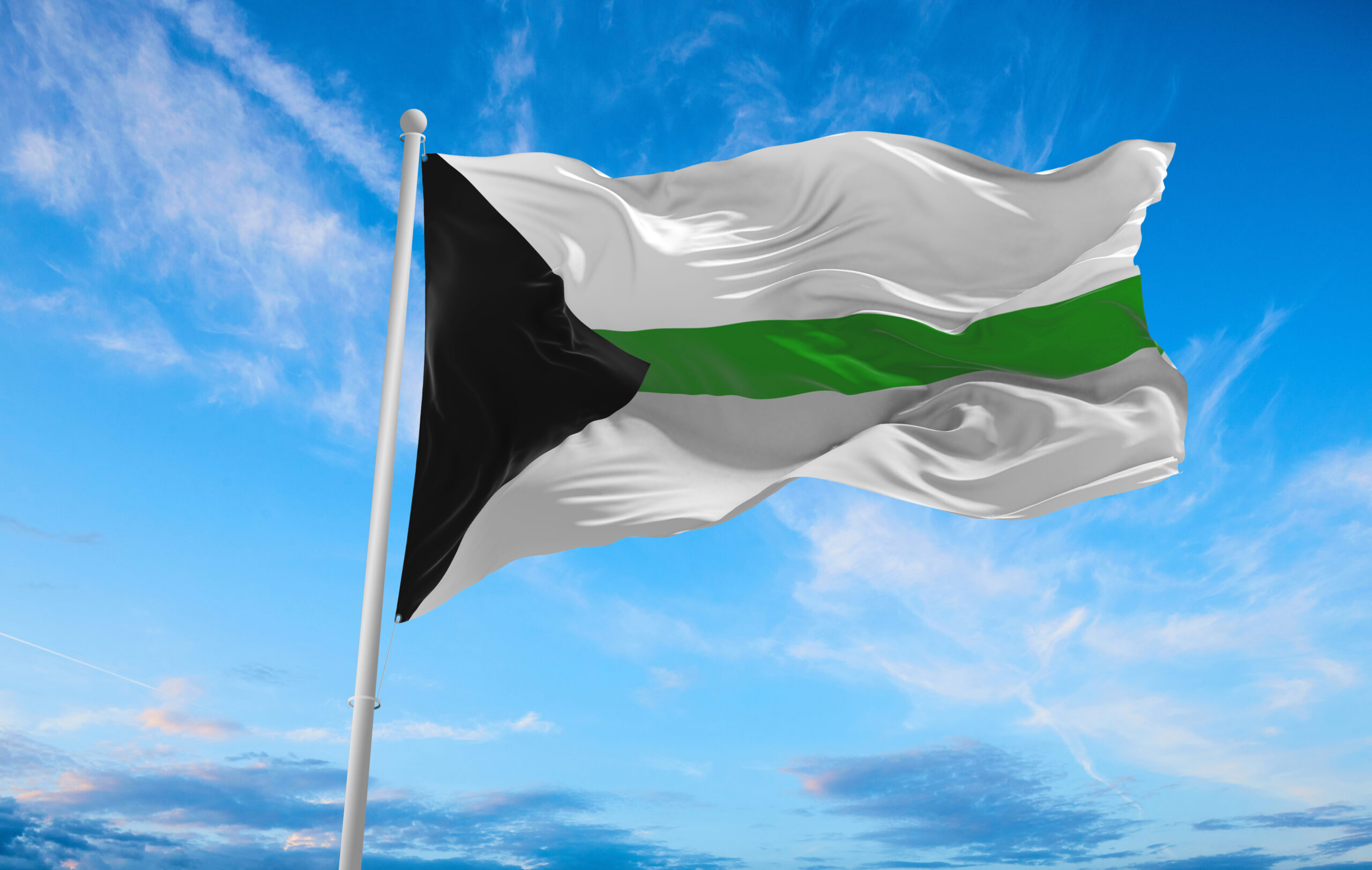