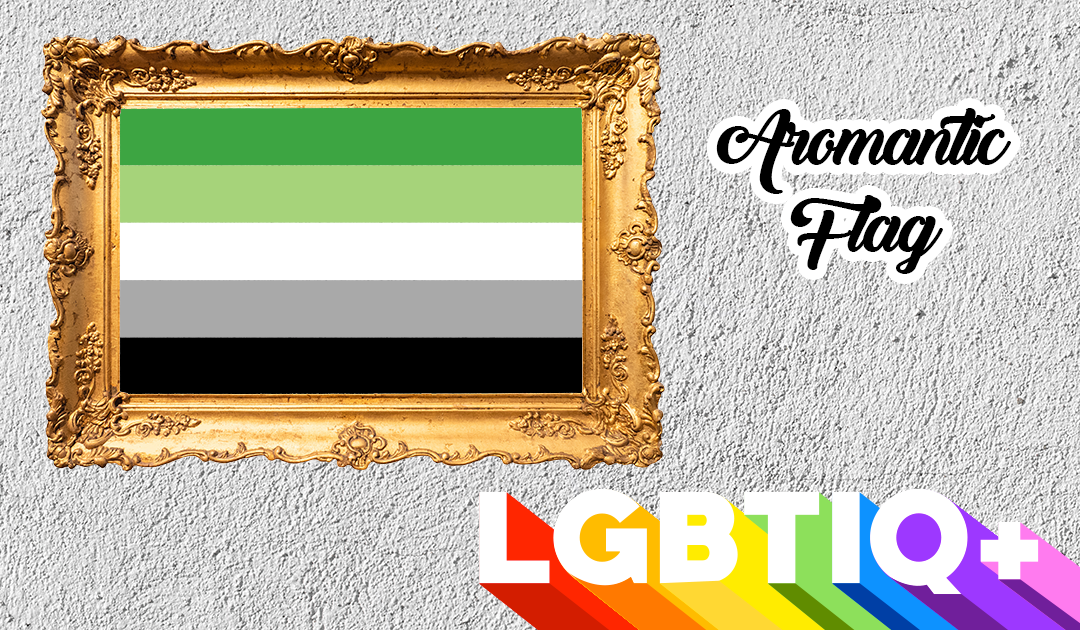 As with any romantic orientation, aromantic people can identify with any sexual orientation.

In 2014, Cameron designed this flag that most aromantic people have become accustomed to, unless they have been aromantic for more than 7 years. The symbolism of this design:
The two shades of green represent the aromantic spectrum, the white represents platonic love and relationships, and the grey and black stripes represent the sexual spectrum, representing aromanticists of all sexual orientations. This flag has since caught on and gained the most popularity as the flag for the aromantic community. As mentioned in Cameron’s statement, this flag design is explicitly for the entire aromantic community, including grey romantics, demiromantics, lithromantics and others. 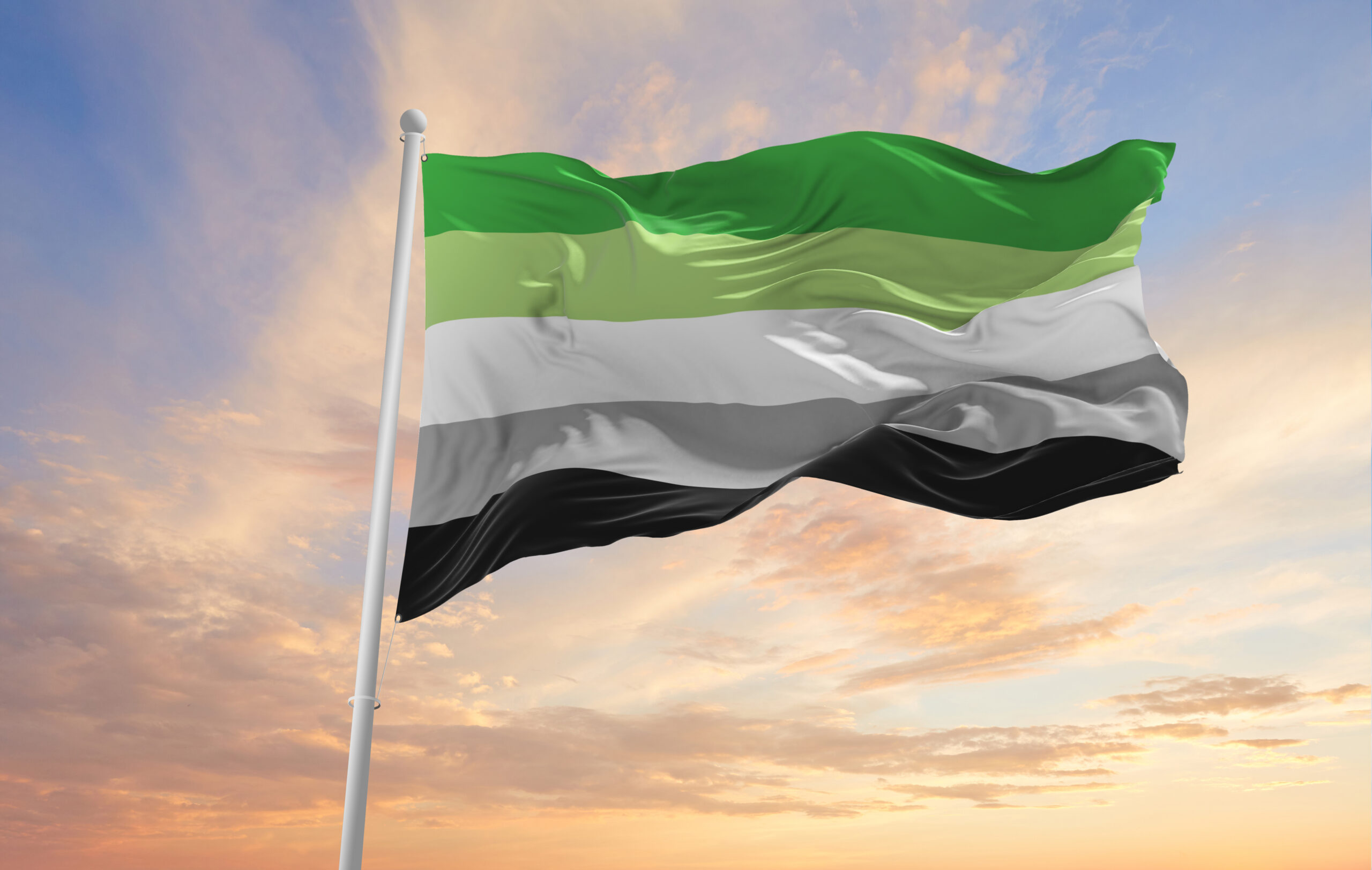